Finding Your Voice and God's Heart In The Psalms 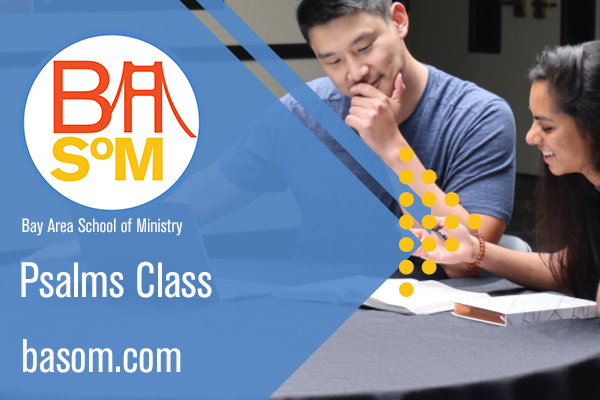 After graduating from Stanford University in 1972, Brian married Emily (his high school sweetheart) and moved to Palo Alto to intern at Peninsula Bible Church. In 1974 he joined the pastoral staff and served as junior high pastor from 1974-1978, then as college pastor at Stanford until 1985. In 1985 PBC acquired a new property in Cupertino, where Brian has served as one of the teaching pastors until the present. Brian’s passions in ministry are discipling men and women, Hebrew narrative and poetry, the Psalms, Romania and transforming a church full of software engineers into poets. But he says, “My real joy has been my wife, Emily, my three daughters and eight grandkids.”

My Journey into the Power of the Poem: Why a Psalms Conference?

Like most of my discoveries in life, the gift of poetry landed upon me much later than I would have preferred. Shortly after Emily and I were married in 1972, we lost our firstborn son due to a rare enzyme deficiency. The following year our daughter Jessica endured the same fate. Nothing prepared me for how to process my grief until 1988, when poetry found me.

In the summer of 1988 I was in Communist Romania where I met the poet, Traian Dorz. So powerful were his poems that the secret police brutally confiscated every page of them, piled them in an oxcart and burned them before his eyes. Then, they imprisoned the poet. But they could not silence his voice. Over the next seventeen years of imprisonment, house arrest and brutal torture Dorz worked with relentless energy. Equipped with only his memory, a glass shard for a pallet, lime and spittle as his paint, and a matchstick for a brush, he resurrected his poems from the ash heap––some 4500 poems. Hearing them for the first time, I felt that I was transported to another place and time where one touches the face of the Holy.

Coming home, I came to treasure the poem and to recognize its unique power to unlock grief in the soul in a way that doesn’t deny or obliterate it, but rather transcends it by naming and embracing our grief in the presence of God and his people.

Experiencing the power of the poem changed my orientation as a pastor. I have always been passionate about teaching the Scriptures in all their beauty. But it never occurred to me that teaching was only first step in making disciples. If God’s chosen way of communicating to humankind was “story” and “poem,” then my job is to equip people to become storytellers and poets. Now my greatest delight is to give God’s people the tools in the art of Biblical narrative and poetry to acquire their own voice. The crowning moment comes when I step off the stage and listen to a symphony of voices, set free to be honest and true, engaging the living God. It is a gift that, as the poet prayed, has enlarged my heart to begin to comprehend the length, breadth, and height of the love of Christ.

The divine humor in all of this is that I work in a church whose male population is dominated by software engineers, who have little use for poetry. About half our congregation originates from cultures where articulating emotions is not only discouraged, it is unthinkable. Yet, in this hostile, rocky soil the poem planted itself and became strangely treasured.