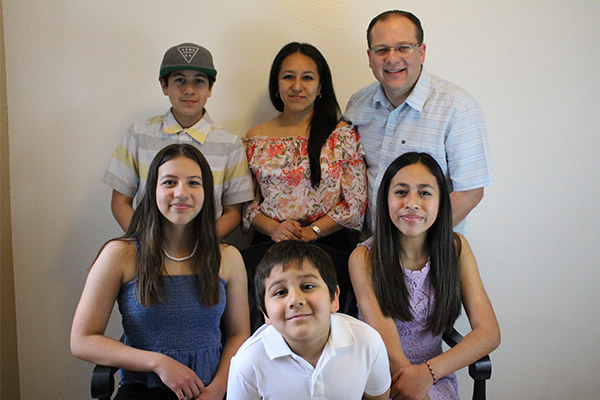 CPC was Chad’s home away from home in the late 90’s because he was living in Oregon and his parents were attending CPC. Whenever he’d come “home”, he and Fabiola would serve with Bags of Love by reaching out to the immigrant workers in San Mateo.

Though raised in a church, Chad didn’t commit himself fully to Jesus until his first year at Oregon State. He entered the workforce as a teacher with a missions’ mindset. He chose to work in one of the poorest and most problem riddled schools in Portland— positioning himself to be part of the solution of turning the school around and reflecting God’s love for his students, their families and the community. Chad then took a year off to focus on foreign missions. He started the ministry Kid Links and served in Mexico, focusing much of his heart on the largest housing project in Puebla. Since 2009 he has spearheaded planting a church amongst Spanish speaking immigrants in the forgotten and hurting shadows of South Central Los Angeles.

Fabiola was born in Puebla and raised in Mexico City. Like many Mexicans she was born into a nominally Catholic family. When she was 14, an American missionary family came and shared the gospel with her family and she gave her life to Jesus. She now is a key support and evangelist in the church planting efforts in the South Park neighborhood of Los Angeles.

We feel honored that God has called us to this strategic mission field to bring hope to a lost, but searching generation…raising up some of societies most unexpected as spiritual leaders. We feel called into the hard places, the dark, to serve the lost, the poor and the hurting. We believe we are to go to hardened areas-cities like South Central Los Angeles…and minister, raising up leaders and planting churches and sending people out all over the world. We are ministering to immigrants who are in many ways in a foreign land and that makes our neighborhood often feel more like a “foreign land” to us.

Our goal is to train and equip healthy leaders who can carry the ministry into the future or plant new churches. We are equipping leaders through:

Tutoring Ministry: We offer free tutoring for children in grades 1-8. We provide them with the books and other resources that they need to be taken to the next level academically and spiritually through this program. Through generous support of sponsors we are able to help more and more students get their hands and minds on a good education in a spiritual environment where the love of God is evident. Sadly schools in the neighborhoods we are ministering in are ranked at highest 3 out of 10. With many parents not speaking English and under educated themselves this tutoring ministry puts powerful tools into the future generation and simultaneously keeps down the level of delinquency. We also offer ESL classes to the parents. We currently have 28 students, with more on a waiting list.

Internship
As we continue to make disciples and train-up leaders we have created an internship program (FLIP: Fuente Leadership Intern Program) to help emerging leaders learn about and get hands-on experience in ministry. Each emerging leader is mentored one-on-one as they discover and develop their calling to ministry and grow in Christian character. They will read through the whole Bible in the year and read a book a month. We ask that students pay for their own resources to the best of their ability, but we do offer scholarships to help defer some of the cost.

Beyond the focus of our local church planting and evangelism efforts, we are doing the following things…

1. Puente (The Bridge): Because of our unique position as missionaries in the city we can be the bridge between the disenfranchised and under resourced communities we serve in and other churches, individuals and organizations (schools, businesses, non-profits) from outside of the city that wish to join this mission. Time and time again this partnership has enabled us to reach more people for Christ and has been a blessing for all involved — the transformation through these partnerships is life changing.

2. Urban Church Association (UCA): Our vision goes way beyond one, or even twelve, healthy churches to networks and movements of reproducing churches. One of the ways we invest in this vision is through the UCA. Chad is on the leadership team of this fellowship of pastors, church and community leaders that equips, encourages and resources churches to plant more churches in the city. During a recent meeting together there were two men that had recently been released from prison who feeling called to ministry in the prison had nowhere to turn upon being released. Their raw, sincere, heart-felt faith was inspiring. They helped serve the other pastors breakfast and have joined the UCA – a perfect place to foster their growth. We hope that one day they can join or lead a team, sent out from amongst the UCA, to plant another church in the city amongst the urban poor.

3. Coaching & Mentoring Church Planters: It is also such a blessing to increasingly move into the role of mentor and coach for emerging church planters. As we continue to plant churches and equip leaders through our own church, we also have the opportunity to coach others just starting off.