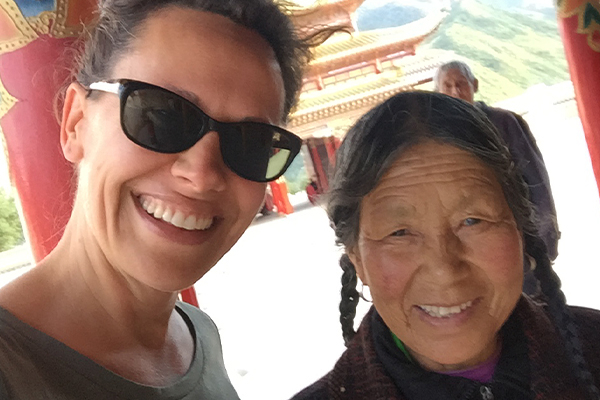 More than 100,000 Jone (pronounced ‘Joe-nee ‘) Tibetans inhabit Jone (Zhuoni) and Lintan counties in the south-western part of Gansu Province in western China, and east from there in the Bawa area of the Gannan Tibetan Autonomous Prefecture. A small number live in adjacent parts of northern Sichuan Province. This group’s name was previously spelled Choni, and they still appear in many publications by that name. The Tao River flows through Jone County.

In 1928 the explorer Joseph Rock discovered the Jone Tibetans. He wrote, ‘I, in common with some 300 million Chinese and perhaps as many foreigners, was unaware of the existence of the Choni [Jone Tibetans].’ A more recent source explains that although the Chinese government officially considers them part of the Tibetan nationality, ‘the people of this tribe have their own way of life. Due to their complex tribal structure, their lifestyle, customs, housing, and costumes are visibly different from those of most Tibetans, making them a unique branch.’ Jone was the site of an independent Tibetan kingdom until 1928 when Chinese General Fengyu Shang stripped the prince of his title and confiscated his land.

Today there are about 200 Jone Tibetan believers in Lintan County, to the northwest of Jone County. A church was constructed in 1997, the first ethnic Tibetan fellowship in Gansu Province. ‘One woman sold her hair, and another family sold their TV to help build the new church.

When CPC went to Jone County in 2017, they had the privilege of meeting a few of the 30 Jone believers and the primary Jone elder. He asked us to pray for a few things.

1. The government should open the doors for Western missionaries to come train leaders to spread the gospel there.

2. Han Chinese believers would have the heart to reach the Jone people for Christ.

3. That Jone believers would have the courage and boldness to keep their faith in God amid persecution.