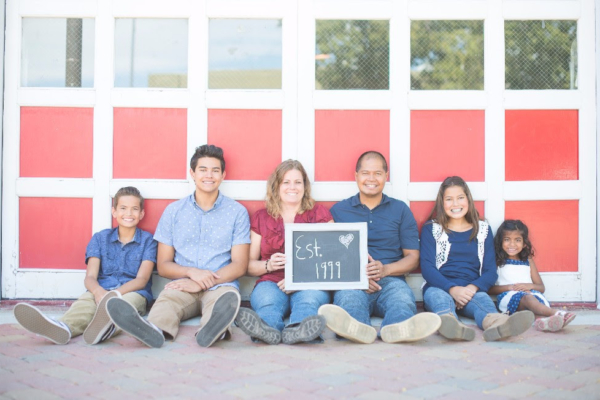 Michelle grew up going to Hope Lutheran Church in San Mateo with Chad Wolyn, one of our other Mission Partners. In college she spent 5 months in Kyrgyzstan where the Lord gave her a heart for the world, unreached people groups and missions. In 1998 she joined Cru and began going to CPC. Her training took place in Florida where she met Joseph. Her trainer was Tom Virtue, who discipled Mark Mitchell when he was a student at Cal Poly.

As they begin their 24th year with Cru in 2021, the Lord has put in them a desire to reach the communities around them. They are now serving within Cru City Church Movements. Their heart is to see communities reached with the love of Jesus:

Joseph was asked to be a part of Cru’s Church Movements National Team to help give direction and oversight for the care of the staff members within Church Movements. He will help shape the direction of Cru Partners with hundreds of churches, denominations, seminaries, and church planting networks. He is excited to be a part of this team as he enjoys seeing “the big picture” and visions for the future of churches and Cru partnering together to spread the gospel and the love of Christ beyond Los Angeles to cities throughout the United States. This new role will allow Joseph to continue to minister and live in Los Angeles but will require a little more traveling.

Of 10 Million people in LA County, roughly 8% are involved in an evangelical church. That means that up to 9.2 million people are not involved in a gospel preaching church. Los Angeles is #10 on Forbes most influential cities from the gangs to Hollywood. Los Angeles has 400 distinct people groups residing within its borders. Over 100 languages spoken – making Los Angeles a strategic city to reach to fulfill the Great Commission. There are over 44,000 homeless people in LA County – up 12% since 2013. Los Angeles is one of the top three points of entry into this country for victims of slavery and trafficking.

The Heart of Cru City: “For many, life in the city offers only a bleak existence. The bitter realities of human slavery, homelessness, neglect, and food insecurity plague the lives of countless men, women, and children in cities around the globe. Although none of these issues are easy to solve, the love of Jesus compels us, followers of Jesus and kingdom citizens, to action. Cru is partnering with hundreds of like-minded churches and passionate organizations in an effort to catalyze Gospel transformation and bring light to the darkest places of the city.”

Fun Fact: The Butlig’s brought home their new daughter, Aleeya, that they adopted from India in May 2016.

Watch this video and learn more about their ministry.