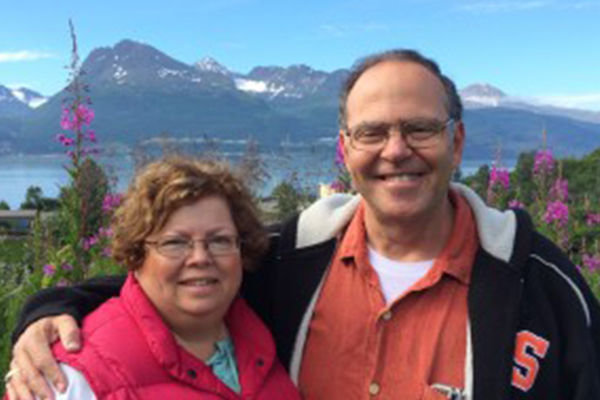 Rob and Sandy both grew up in Conservative Jewish homes. They both attended Hebrew school, an after school program held at their synagogues. Rob had a traditional Bar Mitzvah when he turned 13. During their late teens, each heard the gospel for the first time. Sandy came to faith through the witness of a high school friend. Rob heard the gospel through his older brother. In many cases like this, there is family opposition as Jewish people often think that when a Jewish person believes in Christ, they are abandoning their Jewish identity. In Rob’s case, his parents, after initially being quite upset, began to consider the possibility that it was true and came to faith. This was a miracle, as they are both Holocaust survivors. Unfortunately, Sandy’s family has been closed to the gospel.

Rob grew up in New York and Sandy in the Chicago suburbs. They met in San Francisco when Rob’s brother was working at the Jews for Jesus Headquarters office. Rob came to visit his brother and met Sandy. They maintained a long distance relationship and married in 1981. They have three grown children, Saul, Rose and Josh.

Rob and Sandy moved to the Bay area in 2007 after he was asked to lead the San Francisco Branch of Jews for Jesus after serving the Lord for 19 years in Southern California. They have been attending New North Church since 2008. Rob is a table leader at Men’s Fraternity and both Rob and Sandy volunteer at the Welcome Center regularly.

As a full – time missionary, Rob meets with Jewish people on a one-to-one basis to witness as well as disciple and encourage Jewish believers in their faith. He also distributes gospel tracts and ministers through social media. Sandy works at the Jews for Jesus office, working in the correspondence department, processing receipts for our ministry donors for all of our missionaries.