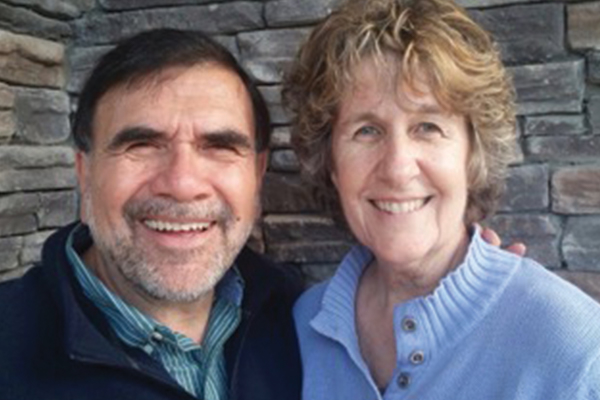 Vince and Cathy Costa have ministered in Italy since 1975. The Costas’ ministry emphasis and purpose has been to disciple the next generation of Christian leaders in order to spread the gospel in key unreached cities of Italy and beyond in such a way that Christ builds clusters of reproducing churches. They have ministered in teams and planted churches in the cities of Rome, Catania, Siracusa, Broni and metropolitan Milan.

The Lord responded to Cathy’s deep desire to tell others about Jesus by leading her into missions at age 24. The Lord used a missionary emphasis weekend at her home church, Peninsula Bible Church in Palo Alto, CA to solidify her interest in witnessing full-time. This led her to join Greater Europe Mission’s experimental church-planting project in Rome, called the Cornelius Corps in 1975. Through this intensive two-year Italian ministry in evangelism and discipleship the Lord confirmed in Cathy’s heart to go into full time ministry in missions.

Vince also decided to go on the same project in 1975 from his home church, Park Street Church in Boston. Vince had been thinking about mission work in Africa using his engineering skills, but after some counsel he decided to return to Italy, where he had been born and raised until the age of 8. While he was ministering on the team he met Cathy. The Lord not only blessed the ministry in which Cathy and Vince were involved — establishing an evangelical church that stands to this day — but the Lord also blessed their relationship. They decided to marry at the end of their ministry time and came back to the US in 1977.

While in the US, Vince went to seminary in Boston and graduated with a Masters in Divinity and then they went back to Italy in 1981. On their ministry journey they planted two churches in Catania and Siracusa. They are presently working on planting a 4th and 5th church – the latest church planting project started in 2009.

As a family, they came back to the US in 2007 for their girls school and family needs. Vince returns to Italy and southern Europe every three months or so and ministers there for 6-9 weeks at a time. While at home in the US he counsels/mentors the teams in Italy and writes materials used in the field. He also travels with the mission evangelistic teams as needed.
Vision: To foster the planting of house churches around the Mediterranean basin, southern Europe to North Africa, that will have a major impact on the people through the repentant, transformed lives and training of the next generation of leaders.
Focus: A church for every one thousand people.

They have two grown daughters, a son-in-law and a beautiful baby granddaughter, McKinley.